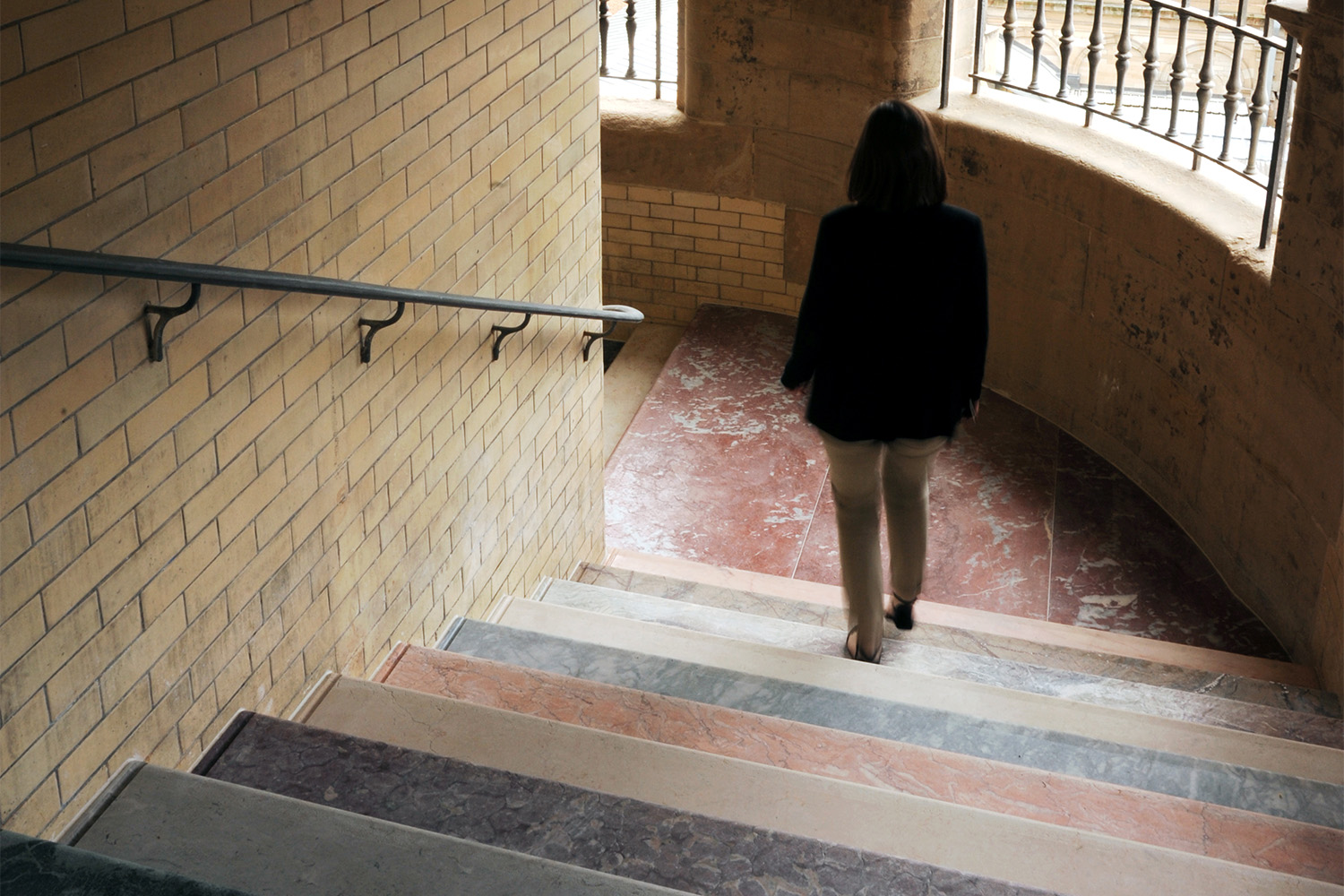 Our eighth festival edition included major exhibitions in 42 museums, galleries and artist-run spaces throughout Edinburgh’s historic city centre and beyond. The festival included 2 newly commissioned public artworks; a permanent addition to Edinburgh’s artistic landscape in the form of Martin Creed’s Work 1059, and a temporary structure, designed by Karen Forbes, exploring a contemporary expression of the city’s long fascination with optics and optical devices for viewing.

Over the previous three years, Edinburgh Art Festival, with the generous support of the Scottish Government’s Edinburgh Festival’s Expo Fund, began to facilitate the commissioning of new work specifically for the festival. In 2011 we announced two major new commissions for the programme.

Martin Creed’s Work No. 1059, commissioned by the Fruitmarket Gallery for the Scotsman Steps, formed part of a major restoration of this important pedestrian artery connecting Edinburgh’s Old and New Town. Creed’s intervention – cladding the steps in marble from around the world – was a permanent and majestic addition to the city which the poet Hugh MacDiarmid called ‘a mad god’s dream’.

2011 also saw the launch of the first artist designed festival pavilion for St. Andrew Square Gardens. Designed by Karen Forbes, it hosted a programme of events throughout the festival, placing visual art at the very heart of Edinburgh, and providing a central hub for the festival programme.

Ingrid Calame at The Fruitmarket Gallery

Mystics or Rationalists? at Ingleby Gallery

Robert Rauschenberg: Botanical Vaudeville and Thomas Houseago: The Beat of the Show at Inverleith House

Elizabeth Blackadder and The Queen: Art and Image at Scottish National Gallery

A Passion for Glass at National Museum of Scotland

Left To My Own Devices at New Media Scotland

The Northern Renaissance: Dürer to Holbein at The Queen’s Gallery

The Agent Ria, Spelling the Myth

The indirect exchange of uncertain value and Hans Schabus: Remains of the Day at Collective

Costume and Custom in Japanese art at Edinburgh City Libraries

In Japan: Highlights of Academicians’ projects in contemporary Japan at The Royal Scottish Academy of Art & Architecture

Schop, A Scottish Land: an exhibition by Nick Sargent

My Never-Ending Friend: The Art of Alexander Voitsekhovsky at Scotland-Russia Institute

In August 2011, the Edinburgh Art Festival commissioned Trigger to make Detours, a series of live interventions in visual art spaces across the city. Below are eight films made by Daniel Warren in response to the events.

We use cookies on our website to give you the most relevant experience by remembering your preferences and repeat visits. By clicking “Accept All”, you consent to the use of ALL the cookies. However, you may visit "Cookie Settings" to provide a controlled consent.
Cookie SettingsAccept All
Manage consent

This website uses cookies to improve your experience while you navigate through the website. Out of these, the cookies that are categorized as necessary are stored on your browser as they are essential for the working of basic functionalities of the website. We also use third-party cookies that help us analyze and understand how you use this website. These cookies will be stored in your browser only with your consent. You also have the option to opt-out of these cookies. But opting out of some of these cookies may affect your browsing experience.
Necessary Always Enabled
Necessary cookies are absolutely essential for the website to function properly. These cookies ensure basic functionalities and security features of the website, anonymously.
Functional
Functional cookies help to perform certain functionalities like sharing the content of the website on social media platforms, collect feedbacks, and other third-party features.
Performance
Performance cookies are used to understand and analyze the key performance indexes of the website which helps in delivering a better user experience for the visitors.
Analytics
Analytical cookies are used to understand how visitors interact with the website. These cookies help provide information on metrics the number of visitors, bounce rate, traffic source, etc.
Advertisement
Advertisement cookies are used to provide visitors with relevant ads and marketing campaigns. These cookies track visitors across websites and collect information to provide customized ads.
Others
Other uncategorized cookies are those that are being analyzed and have not been classified into a category as yet.
SAVE & ACCEPT